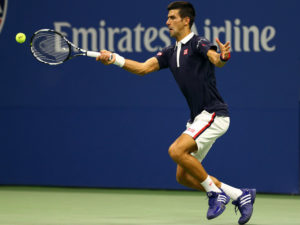 Grand Slam tennis tournament ? US Open goes very fast. In the women?s event we have already known two semifinalists of this year competitions. After a very good match, German Angelique Kerber went through to this stage another time. This player with Polish roots beat an experienced Italian Roberta Vinci 7:5, 6:0. Her next rival will be another tennis player with Polish origins ? Caroline Wozniacki. Danish is a great surprise of this year event. She is step by step returning to her good, solid play from the past. Wozniacki beat in the quarterfinal match other, very good playing surprise of this year women’s event, Latvian Anastasia Sevastova 6:0, 6:2.

We will still have a chance to watch two remaining matches of the quarterfinal stage. After beating Polish player Agnieszka Radwańska, young star from Croatia Ana Konjuh will now face a strong Czech player Karolina Pliskova.

Other quarterfinal clash seem to be especially interesting as we will see a leader of WTA ranking, American Serena Williams who will play against a strong opponent ? Romanian Simona Halep.

In the men?s event we also have already known two semifinalists who will now play against one another. In the very interesting encounter between two French players ? 22-years-old Lucas Pouille, who beat in the previous stage Spanish champion Rafael Nadal, this time lost to his elder compatriot Gael Monfils. The latter were playing very well and won in straight sets 6:4, 6:3, 6:3.

The Frenchman will now face a leader of world ranking ? Serbian Novak Djokovic who beat in the quarterfinal match another French player ? Jo-Wilfried Tsonga. After two sets won by the Serbian, Tsonga was forced to retire. For Djokovic it was a third match during this year US Open in which his rival either did not even start to play or was forced to finish the game before its end.

Bet365 has prepared some interesting offers for the nearest matches.

We are presenting some selected proposals for the quarterfinal men?s and women’s events matches below.

Our type: del Potro?s win ? odds 1.61. Argentinean is in his very good shape and he knows how to play with Wawrinka. Despite having a lower ATP ranking, he can win with Suisse player again.

We encourage you though to watch these events and place your bets!