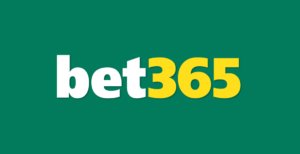 On Saturday 16th September, Gennady Golovkin faces a career-defining fight against Canelo Alvarez, the kind of fight he’s been waiting for his whole career. The Kazakh boxer is arguably one of the best fighters of his generation, having defended his middleweight title 18 times over the past seven years, and this fight is being billed as the superfight that finally delivers on its own hype.

Golovkin could well be the most dominant middleweight of the last 20 years who has been avoided for most of his career. Canelo is stepping up in weight to fight GGG, and there are doubts that Alvarez will have enough in the tank to overcome the Kazakh. It’s not a common thing for a fighter to move up in weight to take on a unified champion after all. Canelo is typically a good counter boxer who will fight in bursts and then take a break to recover his stamina. GGG on the other hand, is as an aggressive fighter who will do little to avoid taking hits if he can land a few of his own. He is relentless, with a monstrous chin and the will and stamina to fight for three full minutes at a time without stopping.

Given Golovkin’s proclivity for knockouts, many are predicting that he could win by KO, TKO or Disqualification, priced 13/10 (2.30) at bet365, whilst those who think Canelo can go the distance and overcome GGG on points can back him to win by Decision or Technical Decision at 2/1 (3.00).

Regardless of the outcome, Golovkin v Alvarez is almost certainly going to be the best boxing match of 2017, and there’s no place better to wager on the action than bet365, with a fantastic open account offer available to new customers. Simply deposit £10 or more and you will qualify for a 100% matched amount as a bonus to bet with, up to a maximum of £200. T&Cs apply.