Fantastic offer for this week games! 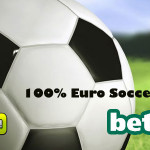 There?s some fantastic Soccer taking place this weekend with the third round of the EFL Cup and fixtures from the Premier League to look forward to. The action gets underway in midweek as the EFL Cup takes centre stage. Notable fixtures include Nottingham Forest v Arsenal and Leicester v Chelsea on Tuesday, as well as Northampton v Man Utd and Swansea v Man City on Wednesday.

Attention turns to the Premier League on Saturday as Jose Mourinho?s Man Utd take on champions Leicester at Old Trafford. Both games between the sides last season finished all square, although the Red Devils triumphed in the Community Shield in August. Later that day, Middlesbrough face Tottenham and Swansea host Man City, before Arsenal play Chelsea at the Emirates. Sunday sees West Ham welcome Southampton to East London before Burnley and Watford clash on Monday to complete the week?s games.

With bet365?s Euro Soccer Bonus you can earn up to 100% more on your returns if you place accumulators on the Premier League, Bundesliga, Primera Liga, Serie A or Champions League. Place a pre-match accumulator of three or more selections on the Full Time Result or Result/Both Teams To Score markets combining teams in any of these competitions, and if successful, bet365 will add the relevant bonus to your returns.

That?s not all, with the Bore Draw Money Back offer even a goalless draw is never the worst result with bet365 ? if you place a pre-match bet on any Correct Score, Half-Time/Full-Time or Scorecast market for any Soccer match and the game finishes 0-0, bet365 will refund your stake if the bet loses.

With a range of offers and extensive pre-match and In-Play markets, bet365 is a great place for all your Soccer betting.