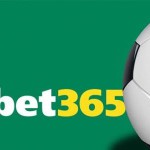 Sunday sees league leaders Real Madrid host Barcelona and the Santiago Bernabeu stadium for a crunch match that could prove pivotal in the La Liga title race. Real hold the home advantage in the game as well as a game in hand, so three points for them could put the title out of reach for Barca. If the Blaugrana can win though nerves are bound to set in for Real and it’s all to play for.

The Spanish giants have enjoyed contrasting fortunes this season, with Real Madrid having had a good bit of fortune as the season has worn on, whilst Barcelona have suffered numerous setbacks after suspensions to key players and runs of relatively weak form. Going into the match on Sunday Luis Enrique will be without one of his star attackers, with Neymar serving a three match ban for a red card.

Open an account, pick winners and grab some extra cash!

Los Blancos go into the fixture strong favourites at 11/10 (2.10), and Zidane and his men will be high on confidence after their demolishing of Bayern Munich in the Champions League on Tuesday night thanks to a Ronaldo hat trick, booking their place in the semi-finals of the prestigious competition in the process. Barcelona on the other hand are 2/1 (3.00) and have not been in the best form in the league, losing 2-0 to Malaga at the start of the month and conceding two goals against Real Sociedad last weekend.

As with all La Liga games bet365 will be offering a host of fantastic offers for its customers including the Euro Soccer Bonus, which gives you the chance to earn a bonus of up to 100% on accumulators on the top domestic leagues in Europe along with the group and knockout stages of the Champions League. This offer applies to returns on pre-match accumulators of 3 or more selections on Full Time Result or Result/Both Teams To Score markets for the English Premier League, Italian Serie A, Spanish Primera Liga, German Bundesliga 1 or UEFA Champions League.

Open an account, pick winners and grab some extra cash!